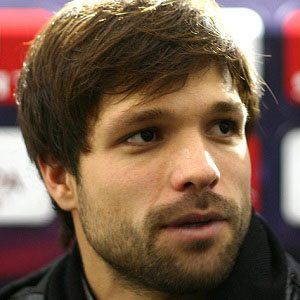 Brazilian attacking midfielder known for his keen passing and ball-handling skills. He has won titles with clubs like Porto, Atletico Madrid and the Brazilian national team.

He began training with Comercial FC at age six and was signed by Santos FC at age twelve.

He was named Bundesliga Player of the Season by Kicker magazine for the 2006-07 season.

He won a bronze medal at the 2008 Summer Olympics alongside Brazilian superstar Ronaldinho.

Diego Ribas da Cunha Is A Member Of