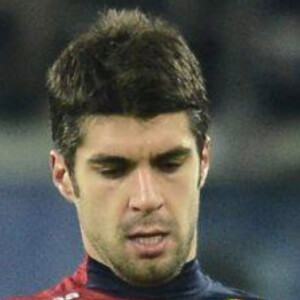 Brazilian professional football player who is known for his work as a striker fort the Cagliari and Lecce clubs. He is also known for having played with the Chievo club where he was loaned to both Padova and Sassuolo.

He started his youth career playing for the Campo Grande team. He then joined the Chievo youth section in 2005. He made his senior career debut with the club in 2009.

He scored two goals at the Serie A Championships in 2014 with the Cagliari squad.

He shared a photo with his mother and sister through Instagram in December of 2016.

He shared a photo with Cagliari teammate João Pedro through his Instagram in May of 2017.

Diego Farias Is A Member Of