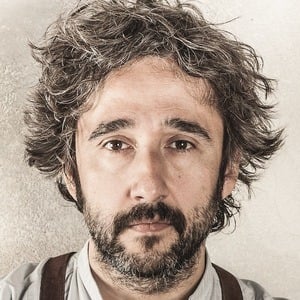 Chef who has earned widespread acclaim as the founder of the Madrid-based restaurant DSTAgE. He opened the restaurant in 2014 after having previously worked at the restaurant El Club Allard for more than a decade.

He began his culinary career as the head chef at El Refor in Álava, Spain.

He released the cookbook Irreductible in 2016.

His parents initially discouraged him from becoming a chef.

He has said that he enjoys listening to Damien Rice while cooking.

Diego Guerrero Is A Member Of