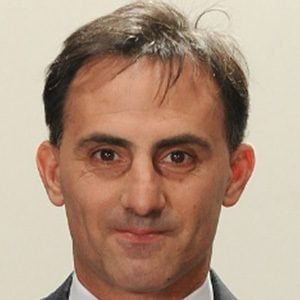 Retired versatile striker and midfielder who gained fame for his long, prosperous club career in top leagues around the world, including for Boca Juniors in two stints between 1987-1998. He was the Argentine Primera División's top scorer in 1992, and won the Torneo Apertura that same year with the club.

He debuted for the Boca Juniors in an October 1987 match, scoring a goal in his first appearance.

He has called soccer games as a sportscaster in retirement for Fox Sports Latinoamérica. He won the 1991 Copa América tournament with Argentina's national team.

He shares a son named Diego and a daughter named Lola with his wife Yanina.

He was named the "new Diego Maradona" during his high-profile youth career in the 1980's.

Diego Latorre Is A Member Of