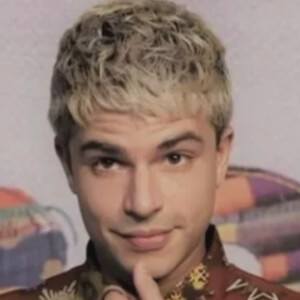 Brazilian social media star who is famous for his Topa Tudo por Diego YouTube channel. He has gained more than 60,000 subscribers there for his reactions, challenges, song covers, and personal vlogging.

He earned his degree in dramatic arts from Escola Célia Helena Theater. He began his performing career in musical theater.

He appeared on the Brazilian TV series Cumplices de um Resgate in 2015. He previously appeared on Dona Xepa as Rick in 2013.

He appeared alongside star Larissa Manoela in 2015 on the Brazilian TV serries Cumplices de um Resgate.

Diego Montez Is A Member Of