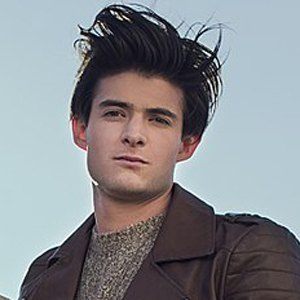 Singer and actor with the urban dance pop quintet Urband 5, which would release a debut album called BPSU under Warner Music Mexico in 2016.

He and the group launched a reality show on Telehit in 2015.

He has a child with his wife Andrea.

He would perform alongside Xtiian Zech in Urband 5.

Diego Munozcano Is A Member Of