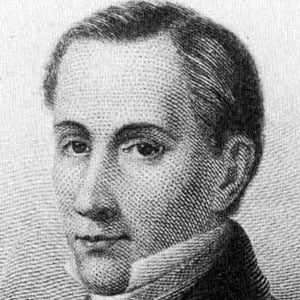 Conservative political figure whose ideologies shaped the Chilean Constitution of 1833. His assassination helped shift public opinion to support the war against the Peru–Bolivian Confederation.

He came from a family of merchants, eventually becoming one himself.

His remains were missing for over a century when they were faintly uncovered in 2005.

He married his cousin in 1819, and after she died he had three children with a mistress.

He was born in the same country as poet Pablo Neruda.

Diego Portales Is A Member Of