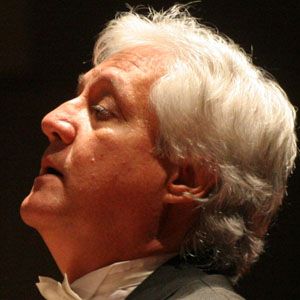 Respected musician whose work was performed internationally. He was known also for his research into the Music of Guatemala.

He gained early notice when his musique concréte piece Requiem was premiered by Austrian Broadcasting (ORF) in 1975.

He debuted his a cappella chorus piece, Misa de San Isidro from 2001 in Tenerife, the Canary Islands, Spain, in 2002. It became one of his most popular and oft-performed pieces.

His parents were German settlers. He was trained by such famed instructors and artists as Klaus Ager, Gerhard Wimberger, Josef Maria Horváth, and Dr. Friedrich C. Heller.

He and Ricardo Arjona were contemporaries.

Dieter Lehnhoff Is A Member Of