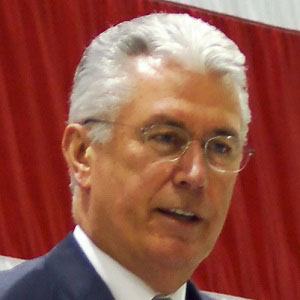 German man who became the Second Counselor in the First Presidency of The Church of Jesus Christ of Latter-Day Saints, one of the church's highest ranks, in 2008. He was formerly a respected fighter pilot who also served as a captain at Lufthansa Airlines.

As a teenager, he fled from East Germany to West Germany with his mother by scaling mountains to avoid checkpoints.

He is the first German apostle in the history of the LDS Church.

He married his wife Harriet in December 1962. They have two children together.

He and Parley P Pratt are both famous apostles in the LDS Church.

Dieter F Uchtdorf Is A Member Of