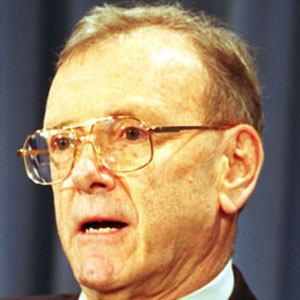 Pastor at Shadow Mountain Community Church, a megachurch in California, who is also a Christian author and popular televangelist.

He earned an honorary Doctor of Divinity in 1981 from Cedarville College, as well as a Master's degree at Dallas Theological Seminary.

He underwent stem cell transplant therapy in 1999 after being diagnosed with lymphoma.

He is widely known as a famous televangelist in the vein of Pat Robertson.

David Jeremiah Is A Member Of