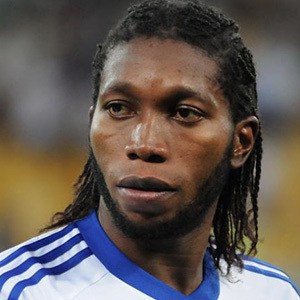 Soccer star who has been a standout striker for the Congolese national squad as well as clubs like Anderlecht and Dynamo Kyiv. He has received many prestigious honors from Belgian soccer organizations, including the Ebony Shoe and the Belgian Golden Shoe.

He hails from Kinshasa in the Democratic Republic of Congo.

He was the top goal scorer at the 2015 Africa Cup of Nations.

He married a woman named Marlene and has children Bradley, David and Jess.

He has played alongside Chancel Mbemba on the Congolese national team.

Dieumerci Mbokani Is A Member Of