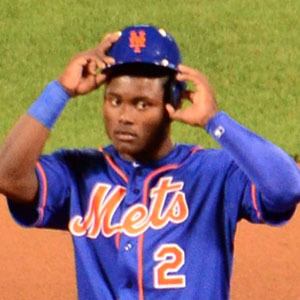 Colombian professional baseball player who is known for his work as a second baseman for the New York Mets and the Cincinnati Reds. He is known for batting right and throwing right.

He initially signed with the Pittsburgh Pirates as an international free agent in 2010. In August of 2014, he was called up to the major leagues as part of the New York Mets.

He is known for having been the first New York Mets player to start the season in single-A and get to the majors by the end of the season.

He was born and raised in Cartagena, Colombia and shared a photo with his mother through Instagram in January of 2019.

He collected his first major league hit off of the Philadelphia Phillies pitcher Jerome Williams.

Dilson Herrera Is A Member Of