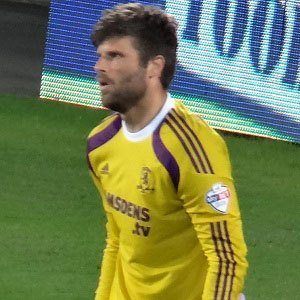 Goalkeeper who began his senior career with Kalamata in 1996.

He accepted an 18-month contract with Hartlepool United in 2003 after manager Neale Cooper was impressed with his gamesmanship.

His first appearance with the Greek national team was in 2010.

His family was residing in Thessaloniki when he was born.

He and Giorgos Karagounis both played for the Greek national team.

Dimitrios Konstantopoulos Is A Member Of