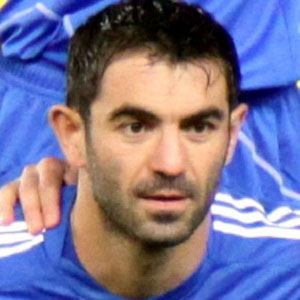 Midfielder who joined Fulham FC in 2012 after earning over 130 caps for Panathinaikos.

He made his professional soccer debut with Apollon Smymi at age 19.

He appeared in over 120 international matches for Greece's national team after first joining the squad in 1999.

He was born in Pyrgos, Greece.

He became teammates with Kieran Richardson on Fulham FC in 2012.

Giorgos Karagounis Is A Member Of