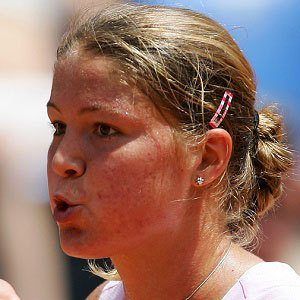 Russian tennis player who was ranked as the top women's singles player in the world and who retired in 2014 due to injury. Some of her most notable accomplishments include winning the 2007 U.S. Open and a silver medal in women's singles at the 2008 Summer Olympics.

She moved from Russia to Valencia, Spain at age 8 and debuted in the main draw of a WTA Tour tournament in May 2002.

She and her brother, Marat Safin, became the first brother-sister pair to each reach number one in the world rankings.

She was trained by her mother, well-known tennis coach Rauza Islanova. Her father was the director of the Spartak tennis club.

She competed against fellow Russian Svetlana Kuznetsova 14 during her career.

Dinara Safina Is A Member Of