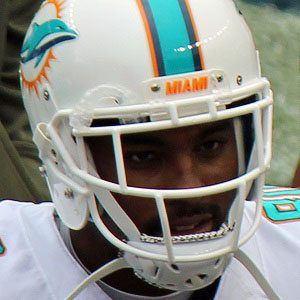 Michigan State tight end who was drafted in the fourth round by the Miami Dolphins in 2013. He scored one touchdown during his rookie season.

He was ranked one of the top five tight ends in the nation by Rivals.com after playing both offense and defense for St. Mary's Preparatory.

His 707 receiving yards and eight touchdowns led to recognition as a Second-Team All-Big Ten player in 2012.

He caught a pass from Ryan Tannehill to score his first-ever NFL touchdown during Week 4 of the 2013 NFL season.

Dion Sims Is A Member Of