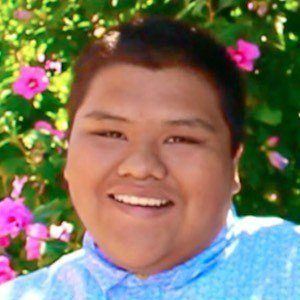 DIY YouTuber whose channel whose self-titled channel focuses on tips for creating a variety of objects ranging from Pokéballs to Magic Markers. Some of his most popular videos include "DIY SQUISHY MOCHI SEAL" as well as his "DIY DOLLAR TREE SLIME CHALLENGE" series.

Prior to starting his YouTube channel in August 2015, he enjoyed baking and arts and crafts.

His channel has amassed more than 30,000 subscribers so far.

His real name is Abraham Jimenez; he was born the youngest of five boys. Both of his parents are originally from Mexico.

He is a big fan of fellow DIY YouTuber Karina Garcia, whom he has collaborated with in videos such as "DIY LIQUID MARKERS" and "DIY MINIATURE HATCHIMALS."

Diys by Abraham Is A Member Of