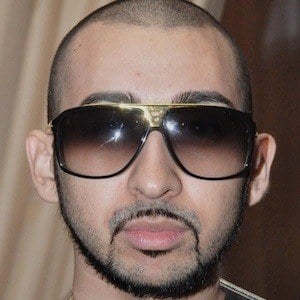 Hip-hop DJ known for his series of mixtapes called Southern Smoke. He has also hosted various mixtapes for various rappers, such as Drake's 2006 mixtape Room for Improvement. He is known for helping to propel other talents into the national and international spotlight.

He began playing the drums before discovering turntables as a means of creating the same sounds electronically. At age 18, he began touring nightclubs, and performing in various competitions, of which he won many.

In 2006, he was named as one of the Top 7 Hip Hop DJs of 2006 by USA Today. He has hosted his own SiriusXM/Satellite Radio and DISH Network show, Southern Smoke Radio. His channel promotes his preferred style of Southern hip-hop remixes.

He was born in DeKalb, Illinois, but raised in Florida.

He has collaborated with Southern rappers Big Boi, Ludacris, and T.I. His other collaborations include working with artists such as Master P and Three 6 Mafia.

DJ Smallz Is A Member Of