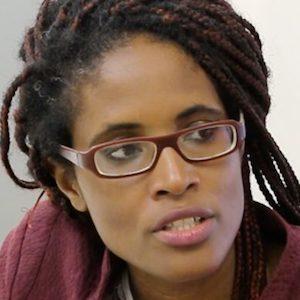 Political activist and feminist who is known for working as a columnist for Marie Claire Brasil. She is also known for being a researcher and teacher of Political Philosophy at the Federal University of Sao Paulo and for having published the book What is a Place of Speech?.

She first began studying subjects of gender and race within the House of Culture of the Black Woman. She earned her degree in Philosophy from UNIFESP in 2012 and her masters in 2015. In May of 2016, she was appointed deputy secretary of Human Rights and Citizenship to the city of Sao Paulo.

She is known for having written the preface to the book Women, Race, and Class by Angela Davis.

She was born and raised in Santos, Sao Paulo, Brazil. Her father was a communist and militant who inspired her political activism.

She was first elected the Deputy Secretary of Human Rights and Citizenship of the city of Sao Paulo in May of 2016 during the Fernando Haddad administration.

Djamila Ribeiro Is A Member Of