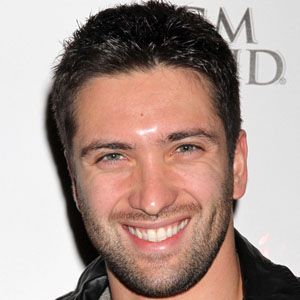 Made famous by his often shirtless appearances on Season 2 of the reality talent competition So You Think You Can Dance, he also performed (as the professional partner of amateur competitors) on several seasons of Dancing with the Stars. In 2009, he earned an Emmy Award nomination for choreography.

After graduating from high school in Minnetonka, Minnesota, he briefly attended Brooklyn College in New York. In 2006, he and his dance partner, Heidi Groskreutz, became finalists in the United States National Amateur Dancesport Championships.

He and his Dancing with the Stars partner, vocalist Mya, came in second in the ninth season of the popular reality competition.

After spending his youth in Rostov-on-Don, Russia, and Minnetonka, Minnesota, he relocated first to New York City, and then to Los Angeles.

He was coached for many years by Dutch dancer and choreographer Louis van Amstel.

Dmitry Chaplin Is A Member Of