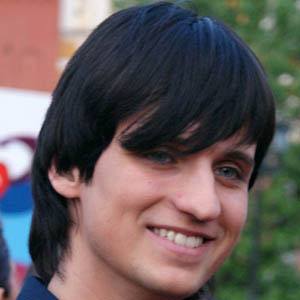 Pop singer who represented Belarus in the Eurovision Song Contest in 2007 with the song "Work Your Magic."

He studied chemistry at the Belarusian State University.

His song "Work Your Magic" became the first Belarusian song to enter the Eurovision final and later went on to top the charts in Eastern Europe.

His mother is the founder of Princess Diana's Belarusian fan club.

He and Turkish singer Kenan Dogulu both participated in the 2007 Eurovision Song Contest.

Dmitry Koldun Is A Member Of