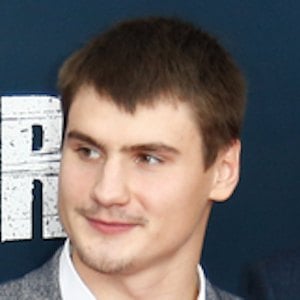 Pro hockey player who's played defenseman for the Washington Capitals in the NHL. He helped the Capitals win the 2018 Stanley Cup against the Vegas Golden Knights.

He played for the winning Russian team in the 2011 World Junior Ice Hockey Championships.

He played for Belarus and took gold during the 2014 IIHF World Championship winning team.

He married Varvara Amosova in 2016.

Evgeny Kuznetsov also played for the Capitals in the 2018 Stanley Cup.

Dmitry Orlov Is A Member Of