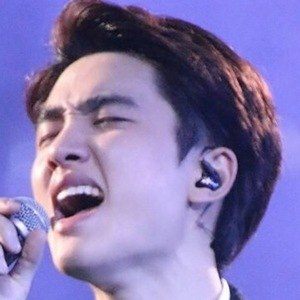 Known by the stage name D.O., he is a main vocalist for the South Korean-Chinese boyband EXO, as well as its subgroup EXO-K.

He appeared on the big screen in the feature film Cart, which was accepted to the 39th annual Toronto International Film Festival. He also appeared on television in the series It's Okay, That's Love.

He was born in Goyang, Gyeonggi Province, South Korea. He has an older brother named Do Seungsoo.

He performs in the group EXO alongside Suho.

Do Kyungsoo Is A Member Of