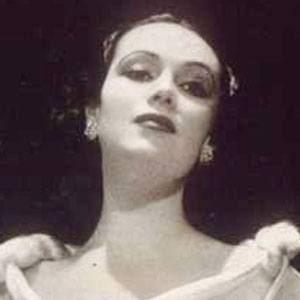 Known for her starring roles in such early Hollywood films as Flying Down to Rio and Bird of Paradise, she also appeared in such Mexican cinematic classics as María Candelaria and Flor Silvestre.

She was born in Durango, Mexico to an upper-class family. Her birth name was María de los Dolores Asúnsolo y López Negrete.

Like many artists of her time, she was blacklisted from Hollywood during the McCarthy era for her alleged communist sympathies.

Her three marriages included a decade-long union with film production designer Cedric Gibbons. In the last years of her marriage to Gibbons, she had an affair with renowned director Orson Welles.

Dolores del Río Is A Member Of