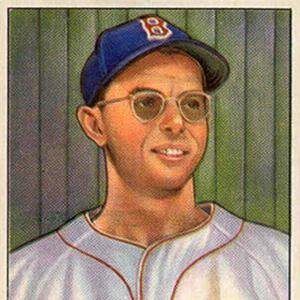 7-time All-Star center fielder who played for the Boston Red Sox in the 1940s and 1950s. He was the brother of the legendary Joe DiMaggio.

Of the three brothers - with Joe and Vince Dimaggio - that made it to the big leagues, he was the youngest.

He had three children with his wife Emily, whom he maried in 1948.

His brother Joe DiMaggio was a 13-time All-Star who won 9 World Series titles.

Dom DiMaggio Is A Member Of