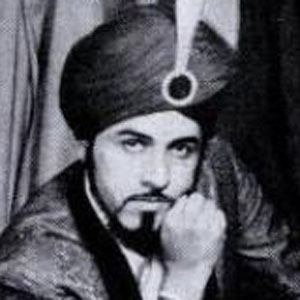 Texas-born rock singer who sang lead vocals for The Pharaohs during the 1960s. His hit songs include "Li'l Red Riding Hood" and "Wooly Bully."

He was stationed in Panama in the 1950s during his service with the United States Navy.

He was born Domingo Zamudio; he later adopted the stage name of Sam the Sham.

He and his wife, Louise Smith, welcomed a son named Dimitrius in May of 1963. Five years later, Zamudio and Smith divorced.

The Pharaohs' band name was inspired by The Ten Commandments, a 1956 film starring Yul Brynner.

Domingo Zamudio Is A Member Of