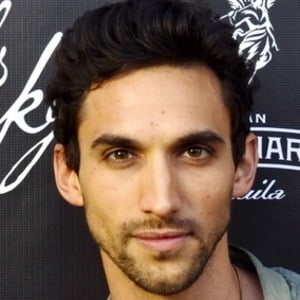 British actor most famous for his role as Tony Bishara on the Lifetime series Devious Maids. He was later cast as Michael Nasry on the History Channel miniseries Six and the 2015 film Girls Like Magic.

He attended the Bristol Old Vic Theatre School and Goldsmiths, University of London.

He appeared in numerous stage productions before making his screen acting debut in 2008.

His father is of Iranian descent.

He played the bodyguard of Rebecca Wisocky's character on Devious Maids.

Dominic Adams Is A Member Of