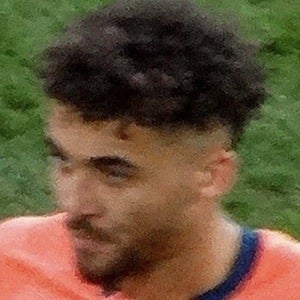 English soccer player who has gained fame playing forward for the Premier League team Everton FC. He has also played for the English U20 and U21 league.

He played his youth career for Sheffield United.

He scored his first goal for Everton in a Premier League fixture against Hull City in March 2017.

He posted an Instagram pic with Prince William in September 2017.

Dominic Calvert-Lewin Is A Member Of