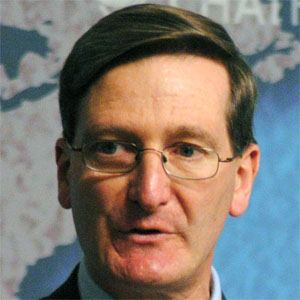 British politician who became a Member of Parliament for Beaconsfield in 1997 and has also served as an Attorney General for England and Wales.

He earned a Bachelor of Arts degree in Modern History from Magdalen College, Oxford in 1978.

He was appointed to the Privy Council as part of the Dissolusion of Parliament Honours List in 2010.

He married Caroline Hutton in 1990 and they have two sons.

He was retained as shadow Attorney General by politician David Cameron.

Dominic Grieve Is A Member Of