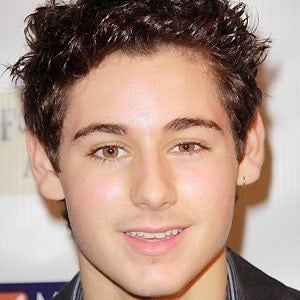 Actor and singer who voiced Wilbur in the 2006 adaptation of Charlotte's Web. He also auditioned on the fifth season of NBC's The Voice.

He made his film debut in the 2002 science fiction thriller Minority Report.

He appeared in the post-credits scene of Pirates of the Caribbean: At Worlds End, as the son of Keira Knightley's and Orlando Bloom's characters.

His father, Scott Kay, is a professional drummer who has played for bands such as The Commodores.

He provided the voice of Adam in Air Buddies, which was narrated by Don Knotts.

Charlotte's Web
Front of the Class
Meet the Santas