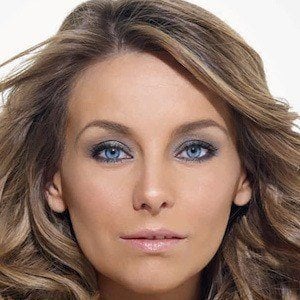 Polish-Mexican actress who has starred in several telenovelas, including El Juramento in 2007.

She studied history at the Universidad Iberoamericana de México.

She was the narrator in the Spanish dubbed version of the 2010 film Tinker Bell and the Great Fairy Rescue.

She married Fabian Ibarra in 2000, and they have two daughters.

Dominika Paleta Is A Member Of