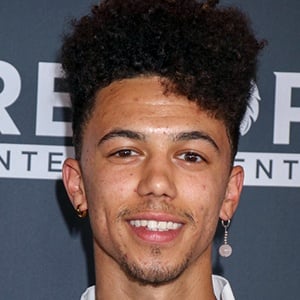 Actor who rose to fame after booking a recurring role on Showtime's Ray Donovan. He has over 30,000 followers on Instagram.

He appeared in the movie 9 Rides as "Drunk College Kid #3."

He's an avid boxing enthusiast and features videos of his training on his Instagram.

His godfather is actor Obba Babatunde.

He appeared with Liev Schreiber during his time on Ray Donovan. He's also worked with Johnny Depp on LAbyrinth, a film about the murders of Tupac Shakur and Notorious B.I.G..

Dominique Columbus Is A Member Of