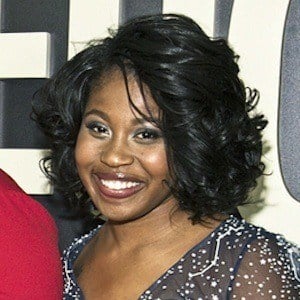 Television actress who is best known for her portrayal of Darlene on the 2017 HBO drama series The Deuce. She also had a starring role on the critically acclaimed miniseries Show Me a Hero.

She obtained a degree in theater from Pace University.

In 2014, she wrote and performed in the Off-Off-Broadway production Subverted.

She was cast on The Deuce which was created by David Simon.

The Hate U Give
Project Power
Judas and the Black Messiah