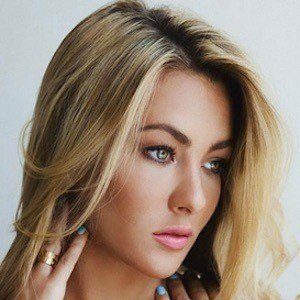 Instagram star who earned over 100,000 followers on her account. She gained attention through her relationship with MLB pitcher Zack Wheeler.

She played lacrosse in high school. She grew up being a fan of the New York Yankees and New Jersey Devils.

She was discovered on Snapchat by Chat Sports daily and was asked to take over their account for the day to offer a glimpse into her life in 2015.

She is from Morristown, New Jersey but has also lived in New York.

She and Hannah Davis have both been featured in publications as the hottest girlfriends of New York sports players. Davis dated then married Yankees star Derek Jeter.

Dominique Rizzo Is A Member Of