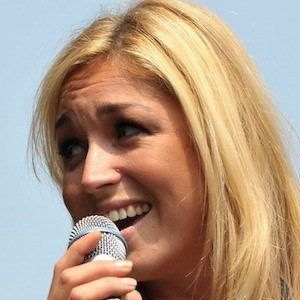 Known by the stage name Do, she is a Dutch singer most well known for providing vocals on the DJ Sammy single "Heaven." Since her career began, she has release several successful albums including Do and Follow Me.

As a teenager, she was a talented tennis player, planning to compete in Wimbeldon until an injury at fifteen ended her tennis career. It was after her first musical performance in a cafe in Valkenswaard that she scored a recording contract.

In late 2007 and 2008, she made her stage musical debut as the title character in a Dutch production of Cinderella.

In 2007, she married Marc Verschoor in Spain. They divorced in 2010 but later reconciled in 2012. Two years later they gave birth to their first son, Jip.

In 2004, her hit single ""Voorbij" featuring Marco Borsato peaked at #1 on the Netherlands Top 40 chart.

Dominique Van Hulst Is A Member Of