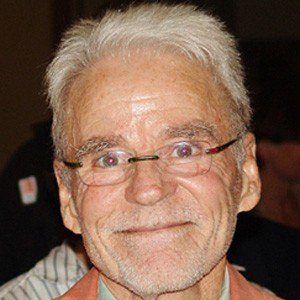 Portrait painter whose works included "Stars in My Eyes" from 2000 and "Drawings of the Male Nude" from 1985.

He was a student at the Chouinard Art Institute and the Slade School of Art. He held his first one-man exhibition in 1961 at London's Redfern Gallery.

He was the life partner of the novelist Christopher Isherwood. The two met in 1953, when Isherwood was forty-eight and Bachardy was only eighteen.

He appeared in a cameo role in the film "A Single Man," which starred Colin Firth.

Don Bachardy Is A Member Of