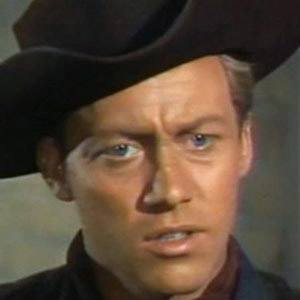 Actor from New York best remembered for playing military characters in films like the 1953 classic "From Here to Eternity". He also had recurring roles in TV series like "Peyton Place".

He was born in Brooklyn and got his start acting in the acting world on the TV series "The Doctor" in 1953.

He appeared as two different characters in two consecutive episodes of "Sugarfoot" in 1959.

He was married to Jeanne Lighty Schaults from 1963 up until his death in 1991.

He was directed by Fred Zinnemann in the Oscar-winning film "From Here to Eternity".

Don Dubbins Is A Member Of