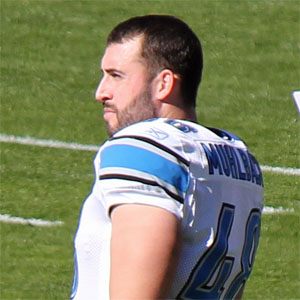 Long snapper and tight end who was named to his first Pro Bowl in 2012 after 9 seasons with the Detroit Lions.

He played both long snapper and punter during his college career at Texas A&M University.

He only missed one game for the Lions in his first ten seasons as the team's long snapper.

He and his wife Alix Koetting welcomed their first daughter Addison into the world on August 24, 2012.

He made the Prow Bowl at the end of the 2012 season thanks to a decision by head coach Mike Mccarthy .

Don Muhlbach Is A Member Of