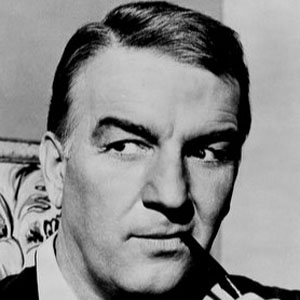 Stage and screen actor remembered for his roles in the ABC comedic series Gidget and in the CBS sitcom Private Secretary. He also appeared in such 1940s movies as Eagle Squadron and She-Wolf of London.

He appeared in one of his earliest films, Mystery of the White Room, in 1939.

He was nominated for a 1974 Daytime Emmy Award for his work on The ABC Afternoon Playbreak.

His marriage to Peggy Converse produced two children and lasted from 1944 until his death in 1997.

He appeared on stage with Gene Hackman in the 1960s Broadway production of Any Wednesday.

Don Porter Is A Member Of