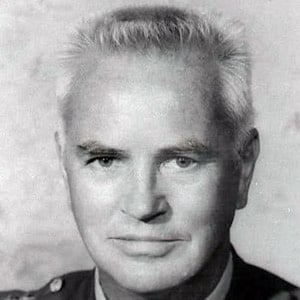 Four-star general who was a hero during the World War II D-Day invasion of Normandy.

He graduated from the United States Military Academy in 1940 and immediately went to fight in Europe.

He withstood withering enemy fire and rallied his troops on the beaches of Normandy, leading the push to safer ground.

He grew up in Lakeside, Ohio.

He and Anthony McAuliffe were fellow heroes of the European campaign during World War II.

Donald V. Bennett Is A Member Of