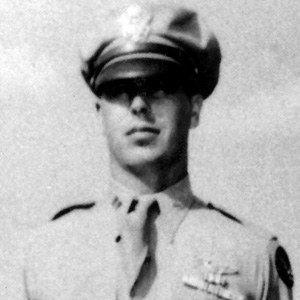 World War II fighter pilot who belonged to the squadron that shot down the plane of Japanese admiral Isoroku Yamamoto.

He studied agricultural engineering at Oregon State University before enlisting in the U.S. Army Air Corps in 1940.

He received a Navy Cross, two Silver Stars, a Purple Heart, and an Air Medal during his distinguished military career.

He was born in Culver, Oregon.

He and Tuskegee Airman, Lee Archer, were both famous fighter pilots of World War II.

Rex T. Barber Is A Member Of