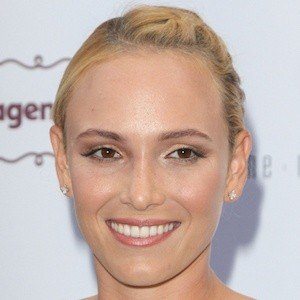 Croatia Fed Cup team member with WTA and ITF singles titles to her name who has ranked as high as the 62nd best female player in the world.

She was a partner with Alexandra Walker in her first ITF doubles victory.

She was born in Osijek, Croatia and would later reside in Monte Carlo, Monaco.

She fell to Irina-Camelia Begu in the 2012 Tashkent Open finals.

Donna Vekic Is A Member Of