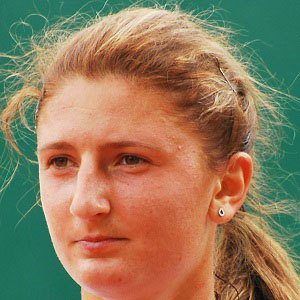 Romanian women's tennis player who won both the singles and the doubles titles at the 2011 Copa Bionaire and the 2011 BCR Open Romania. She has been ranked as the top Romanian player in the world during her career.

She began playing tennis at three and was coached by her aunt, Aura Wagner.

She was named WTA Newcomer of The Year in 2011.

Her mother has worked for the Romanian government. She has an older brother named Andrei.

She has competed in doubles competitions alongside France's Alize Cornet.

Irina-Camelia Begu Is A Member Of