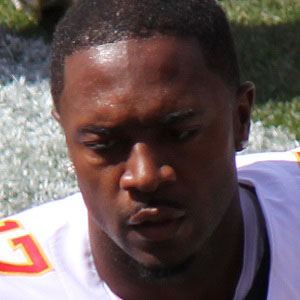 Wide receiver who was a second round draft pick of the St. Louis Rams. He played for the Titans and Colts before becoming a Kansas City Chief in 2013.

He set a conference record with 1,456 receiving yards during his First-Team All-Conference USA 2007 season at the University of Houston.

He was named the Rams Rookie of the Year after recording 674 receiving yards and four touchdowns.

He was raised by parents Melonie and Dennis Robertson.

He was on the receiving end of Andrew Luck 's first career touchdown pass on September 9, 2012.

Donnie Avery Is A Member Of