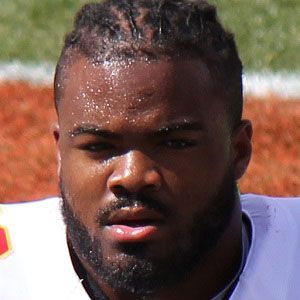 Nose tackle who made his NFL debut in 2012 for the Kansas City Chiefs; selected to the Pro Bowl and named second team All-Pro in just his second year.

He was a second-team All-Conference USA his junior year at Memphis.

He wasn't initially expected to go very high in the 2012 NFL Draft, but his incredible performance at the combine skyrocketed his value.

He was raised with two older brothers, Pierre, and Robert Jr.

In his second season he teamed with Tamba Hali to help the Chiefs form a dominant front seven.

Dontari Poe Is A Member Of