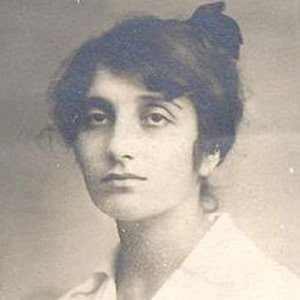 Bulgarian poet, translator, and multi-genre author known for "Spring" and other poems. She published children's poems in a magazine entitled Nightingale and poems for adults in such publications as New Society and the Democratic Review.

She studied at Sofia University and later founded the Bulgarian PEN Club.

Beginning in 1917, she translated works by Adam Mickiewicz, Maria Konopnicka, Stanislaw Wyspianski, and other prominent authors.

She was born in Dabovik, Bulgaria. She died at the age of ninety-seven.

She and Blaga Dimitrova were both Bulgarian poets.

Dora Gabe Is A Member Of