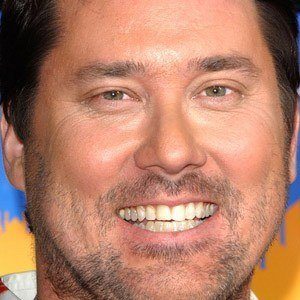 Comedian and marijuana-enthusiast who was candid about his recreational drug use in his documentary Super High Me, which was released in 2007. His Comedy Central series The Benson Interruption, premiered in 2010.

He dropped out of Grossmont College, a community college in El Cajon, to move to Los Angeles and pursue an acting career.

He made a cameo appearance in Curb Your Enthusiasm and he was a commentator on VH1's show Best Week Ever.

He has never been married and has no children.

He has a podcast called Doug Loves Movies, where he interviews different celebrity guests, including John Lithgow.

Doug Benson Is A Member Of