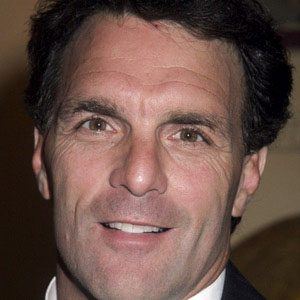 Former quarterback who threw a remarkable game-winning hail mary touchdown for Boston College against Miami in 1984. He spent his NFL career with four different teams: the Bears, Patriots, Bills and Chargers.

He was a standout baseball, basketball and football player at Natick High School in Massachusetts.

As a senior at Boston College, he won the Heisman Trophy in 1984, dominating the vote with over 70% of the possible points.

He married Laurie Fortier in 1985. He has a son named Doug Jr. and a daughter named Alexa. His brother Darren played wide receiver in the CFL.

He became a competitor on season 22 of ABC's Dancing With the Stars alongside pro Karina Smirnoff.

Doug Flutie Is A Member Of