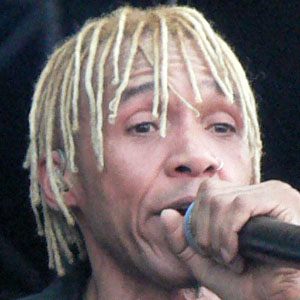 Illinois-born musician best known as the bassist and vocalist for the progressive hard rock band King's X. He has become one of the most respected singers in rock, making guest appearances on songs by bands like Pearl Jam and Dream Theater.

He was influenced by Mowtown artists like Aretha Franklin and was in a band called Stone Flower in high school.

He is one of the few rock musicians who regularly uses 12-string basses.

He came out as gay during an interview with Regeneration Quarterly in 1998.

He has been bandmates with drummer Jerry Gaskill in King's X.

Doug Pinnick Is A Member Of