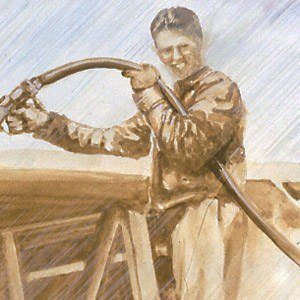 Became more than just another aviator after he piloted a flight from Brooklyn, New York all the way to Ireland though the flight was intended to return back to Long Beach, California. He claimed it was a navigational error but it is assumed to have been deliberate.

He was about 18 years-old when he started taking flying lessons and made his first solo flight on March 25, 1986.

He was one of the builders of the Charles Lindbergh commissioned Spirit of St. Louis aircraft.

He was given the name Clyde Groce Corrigan after his father but changed it to Douglas later in his life.

He viewed Charles Lindbergh as a hero.

Douglas Corrigan Is A Member Of